Joel and Mia Milowicki are the owner of JPs Farmers Market. Their entire family help in the daily operations of the market and the farm. Joel’s parents help to operate the market alongside Mia and her father. Joel operates the produce farm and his uncle Curt raises beef.

We aim to provide high quality produce straight from our fields to your table, along with other locally made products in our market. It is our goal to provide fresh and healthy food grown locally and from a trusted source. 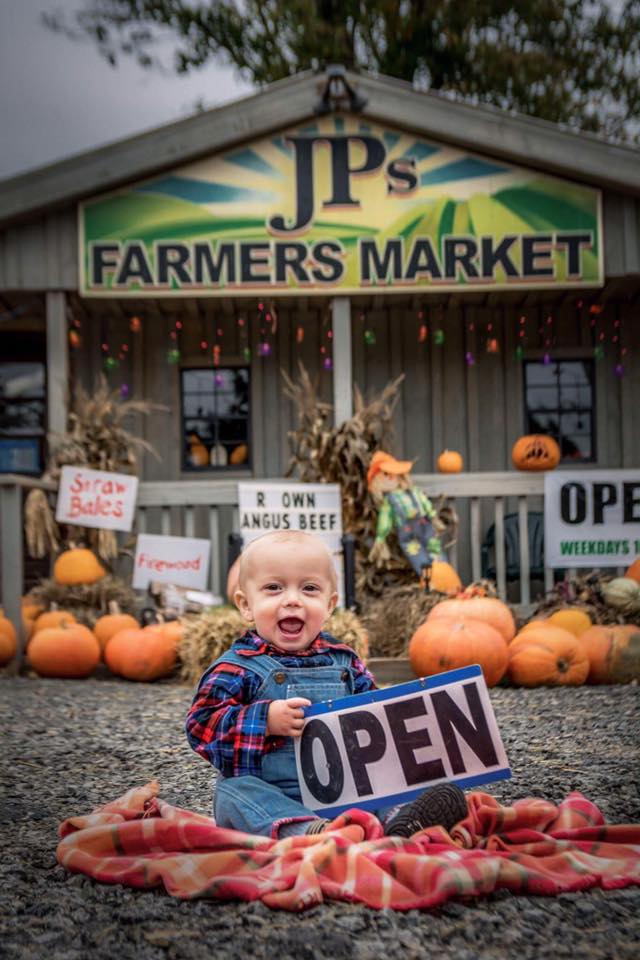 A Brief History of Our Farm

Joel’s Great Grandfather, William Keenan was a dairy farmer whose original farm was located where the lamplighter restaurant is now. He also custom sprayed apple orchards for shields farms where the Delmont Apple & Arts Festival is now held every year.

Joel’s Grandmother’s family, the Lauffers used to own a dairy farm which was located where Hidden Valley Resort currently is. Joanna married Welty Keenan and they purchased the first plot in the current farm in 1956; it was forty-two acres. Meanwhile Welty was also working at General Tire and Rubber Co. so he could save money to buy the bigger farm. In 1972 they were able to purchase some of the surrounding farmland when they acquired the Brinker farm (102 acres) with the goal of farming dairy.

Joel’s uncle, Curt Keenan purchased Dan Madelena’s farm in 1997 which as 20 acres added to the farm. In 2002 uncles purchased another 17 acres from Byron Eisaman and has been raising beef ever since.